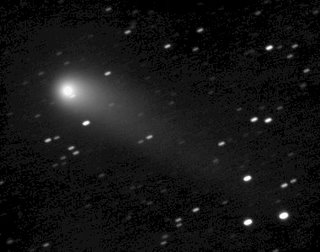 One evening, in the year 1997 , I was walking on the terrace of my hostel in Pondicherry Engg. College. I saw Mani(where is he now?) showing the sky to his friends and explaining something . He showed a bright orange(reddish) star and said,” That is Mars!”. What mars?( visible to the naked eye??!!). I am not sure, if other people believed him. I didn’t believe him at that time. But, I was curious. I asked him how he was able to spot it. He said learned about it from his relative. Then he told me about the sky chart that is published in “The Hindu” beginning of evey month.

That was the beginning of my interest to learn about the contellations and planets. Even before that, I had always been fascinated by the stars. Just looking at the sky relaxes me. Started identifying contellations one by one with the map.Then to my surprise discovered the 12 zodiac signs(Aries,Taurus…Pisces ) have corresponding constellation in the sky.They fall in a line. It was interesting to note that, all visible the planets and theSun, the Moon( also the other planets) move through these Zodiac constellations( more or less). It’s due to the fact that all the planets revolve around the sun in the same plane, making a impression that they move through the fixed backdrop of stars in these 12 constellations.

Before that, I had the assumption that the planets represented in Astrology charts were hypothetical and didn’t have relationship with the real planets. As I write this, I just looked at sky from the balcony. I could identify the Saturn in Cancer( though the stars in this constellation were not visible) ,below the the stars Castor,Pollux(head stars of the twins) of Gemini. The reddish mars is visible in the Zodiac Aries. Also Rohini(aldeberen) and Kiruttigai( pleiades– the naked eye visible cluster) visible nearby, in the constellation Taurus. All these things directly map to the atrology chart! 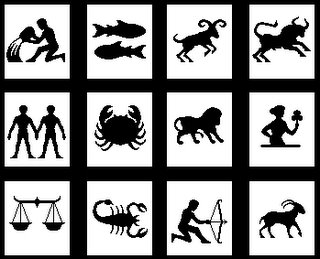 I’ll write about these relationships between astrology and relality later.

After I became comfortable in identifying most of the 88 constellations,planets and the bright stars without using sky charts, I wanted to own a telescope and look at the planets and Messier objects. In 2004 bought my astronomical telescope. Only then realized, it’s useless in this light polluted city :(. Just used it to see Moon, Jupiter and Saturn few times. Now, it’s packed and lying in the corner. Though I have lost the passion on astronomy, I still have the interest.

Recently, I developed interest in Astrology. First time, I studied about it( Vedic astrology) in a formal way. I bought a training CDs a year back. I saw that few times and bought some books on astrology.There is Google to assist me. The only relationship I found between astrolgy and astronomy is – the charts. All other predictions are pure fantasies 🙂

Long back, I wrote post about the belief in astrology. I am still have the same opinion. There is lot to study before I try to analyze how it can impel our lives or all these things has just to do with psychology.

Nowadays, I am asking the DOB,TOB(Time of Birth) and POB(Place of Birth) to my friends and other interesting people :). So beware of me – I might ask you as well! Sometimes, people used to say,” Onnoda jathagame engitta irukku“. Really I have many people’s jathagam in my hand.

I am planning to write more about astrology/astronomy in my blog. ok..more laterz…

There are 10 kinds of people in this world, those who understand binary and those who don’t.
~Anonymous