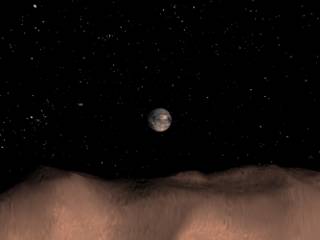 Explanation: On Wednesday, September 29, the Earth came within one million miles of the asteroid Toutatis

Astro pic of the day