Lytro: Take instant photo focus later camera has been launched for starting price of $399.  It uses a new technology: Light Filed Camera. As Lytro puts it:

Lytro lets you take pictures like never before. Unlike a conventional camera that captures a single plane of light, the Lytro camera captures the entire light field, which is all the light traveling in every direction in every point in space. 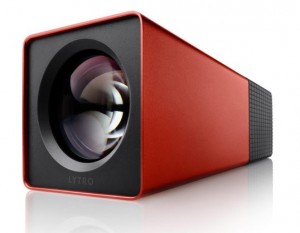 Based on the reviews, it may not have the best picture clarity as of now. For the focus effect the foreground subject and background should be at a good distance. This is not for anyone. This is an impressive first step. It opens up several possibilities when they add the 3D support as well.

Others might just ask, why not shoot the picture at a lower higher F-number(narrow aperture) and get entire scene in focus. This would be interesting for the photographers who enjoys shooting images with e “Depth of Filed” effect, where only the subject is in focus and other parts are blurred. This camera  helps in getting the focus in the the clicked location.

Can you spot the Red Ladybug below?

What lies in future?